Sarajevans line up for water during the Bosnian Serb siege of Sarajevo, Bosnia and Herzegovina, December 1992. With water supplies and electricity controlled by the Serbs, Sarajevo's citizens were forced to join queues to fill their containers, and were frequent targets of Serb gunners in the hills around the city. Almost 2,000 children, and over 10,000 people in total were killed in Sarajevo during the 3-1/2 year siege. (Photo by Roger Richards) 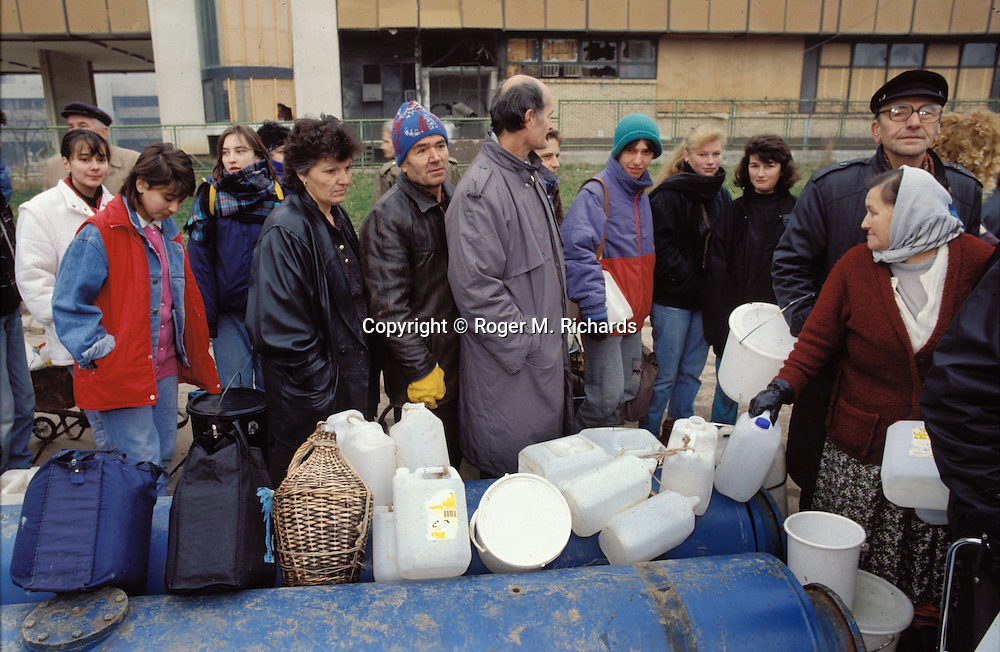